The Godfather of Kentucky glass, Stephen Rolfe Powell, left behind a legacy in the lives he touched.  Among those he strongly influenced, were his assistants over the years.  None more than the ones that continue to pursue glass after their time as part of his team. 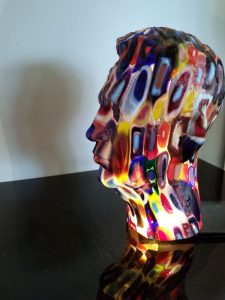